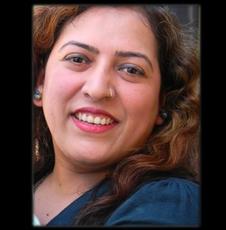 Business Without Complexities- Can the ocean be without the waves?

Management scholars define business complexity as a condition of having several interdependent and interconnected stakeholders, information technology systems and organisational structures (Basu, n.d). Today, globalised economy and technological advancements have contributed to the growth in the number of stakeholders (including customers, clients, employees and more). With a significant increase in the number and variety of stakeholders, the complexities in running a business has also gone upwards. Business complexities are a dynamic phenomenon which not only varies with the size, type, phase of the business, but also depend on the PESTEL(Political, Economic, Social, Technological, Environmental and Legal) conditions. It might be natural and at times may also be induced.

Let’s take the example of the LEGO story for that matter- the company that grew from a humble beginning (in 1916) in a small town of Denmark to one of the most profitable toymakers in the world. In the early 1990s, its growth was negatively impacted by the changing consumers' (mainly children) interest in new interactive games and gadgets that offered instant gratification. Added to this, was the declining birth rates in Europe, consequently decreasing the number of their prospective client base. "Managing sustainable growth is also about managing a balanced business system. Complexity is something you need to watch very closely", says Harvard Professor Stefan H. Thomke who analysed the company and co-authored Lego case (HBS Case, 2013).

On the other spectrum of things, I remember, many years back confronting a vegetable seller (in another country) who, one fine morning decided to increase the price of the vegetables. When asked as to what has changed overnight, he convincingly said, 'didn't you watch the news that XYZ was affected by natural disaster'?When prompted that the place of his concern was two continents away, he did not get into the argument but declared that there must have been some correlation somewhere due to which he can’t help but to just increase the price of the product.

However, business complexities are not always bad. It depends as to why the organisation is facing the complexities. For example, when a business thinks of expanding/growing, introduce new products/services, expand into new geographical territory- new structures develop, new requirements come to the fore, new conditions need to be met in compliance with the respective regulation. To cite, originally, when we started as a consulting firm, our focus was simpler than today when we expanded not only into research and consulting but also entered into the commodities trading of tea under our brand name and importing arts. We have regular dealings with people across the borders, work in multiple time zones, have to keep an eye on the changing business environment of not only the resident country but also of those whom we have business relations with. Managing our resources have become even more dynamic and requires a thorough assessment each time and every time.

As a recent Mckinsey report notes, when we are dealing with business complexities, we need to understand whether the complexities are introduced in the existing system while adding value to the business or have the business silently complicated itself resulting in its devaluation – for example,          a multi-billion dollar company spreading its presence in innumerable countries ultimately to be bailed-out at the taxpayers’ expense. Does that mostly mean that business complexities ultimately boils down to decision making and the people sitting in the corner offices….?

Metaphorically speaking, the business world resonates with the mighty oceans, where there is energy, dynamism, many precious pearls along with the dangers. Thus, can we have business Without Complexities- Can the ocean be without the waves? However, we can always learn from what Albert Einstein said,                        “Out of clutter, find simplicity; from discord, find harmony; In the middle of difficulty, lies opportunity”….And we sail….