Viresh Oberoi is the Founder CEO and Managing Director of mjunction services limited, India’s largest B2B ecommerce company. Under Viresh's entrepreneurial leadership mjunction was incorporated and when it was still a few months old was able to successfully weather the dotcom bust of the early 2000’s. This visionary determination has led mjunction to not only become India’s largest B2B e-commerce company with an annualized value of transaction in excess of USD 9 billion, but also to run the world’s largest electronic marketplace for steel and pioneer an online methodology for the sale of coal.

Viresh has attended the Management Education Programme in IIM Ahmedabad, a premier management institute of India during the years 1990-91. He also completed an Advanced Management Program at INSED-CEDEP, Fontainebleau, France during the period 1999-2000.

Viresh has always encouraged the spirit of innovation which helped mjunction spread its wings beyond its original charter and diversify its business. Beginning with steel, today mjunction has service offerings spanning the entire e-commerce spectrum and offers a wide range of e-selling, e-sourcing, e-finance, e-retail and knowledge services across industries that empower businesses with greater process efficiencies. 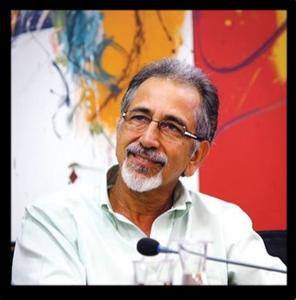 With e-commerce sales in the Asia Pacific projected to increase at moderate double-digit rates through 2019, it is time to have the right kind of people who have a penchant and the urge to disrupt an existing system, in order to keep the growth rates going.

For the first time in 2015, the region raced ahead and overtook the rest of the world in digital retail sales, and it needs a set of young, motivated and technologically sound disrupters to keep the pace unhindered. The people, who are making a difference and will continue to do so, are the people who not only understand business but can also embrace technology equally effectively. Up until very recently, such people would be difficult to come by. Some would understand the nuances of business and a completely different set of younger people would understand technology. The marriage of these two originated in the Silicon Valley California and it is from there that the world woke up to this phenomenon.

I believe, India is an interesting case study when talking about human resources in e-commerce. Thanks to this platform, the bright and enterprising youth have had a chance to showcase their talent and expertise in entrepreneurship, changing the face of both entrepreneurship and business. And I believe young entrepreneurs with sound knowledge of technology are the answer to what is needed globally to surge ahead in the field of e-commerce. Hugely successful e-commerce companies have young people at the helm. With the youth not scouting for jobs and becoming employers themselves, they have also served to change the face of the job market.

mjunction services, which operates in the B2B space, was floated by two very traditional companies in the manufacturing sector. But it has been a trailblazer in the e-commerce space, cutting across sectors and transforming supply chains of several commodities crucial to the nation’s economy. Its achievements belie the average age of its people, and I believe its young, motivated and technologically sound team contributed largely to its success. mjunction became a success because it was deeply disturbed by, and wanted to make a systemic change to, the existing system in sale of nationally important commodities – coal, for example. Mired by middlemen till then, the coal supply chain was digitally transformed by mjunction’s transparent online mechanism which eliminated intermediaries completely.

And these are the youth of today who are willing to disrupt norms in order to set up a system that is more transparent, more efficient, involves minimal human intervention and thus minimises corruption effectively. Typically, such disruptions happen in small start-ups headed by young technologically aware minds. In the B2B sector, they will need to transform the business and supply chains and in B2C, they will need to transform the way consumers go about acquiring goods and services.

The stage is set for these people to take over. In 2015, retail ecommerce sales in the Asia Pacific region hit $877.61 billion, up 35.7% from 2014. Its share of global digital retail spends reached 52.5% - an outright majority of the world market. Three of the top ten e-commerce countries in the world are Asia-Pacific countries - China, Japan and Australia, demonstrating the strength of the market. And the World Bank projects that the region will continue to account for one-third of the global e-commerce industry.

Investors have acknowledged this growth trend by funding various e-commerce merchants in the Asia-Pacific region. In 2014, Indian companies, including Flipkart and Snapdeal, and Chinese platforms like Meituan and Dianping accounted for nine out of the top ten e-commerce investment deals in the region. Alibaba Group and JD.com, both based in China, remain the leading e-commerce companies in Asia, while international players such as Amazon, Walmart and eBay also maintain significant presence.

The Way Forward
Even in e-commerce businesses, some traditional manpower requirements will continue to be important. Any business, e-commerce or otherwise, must create value for its customer and generate revenue for the business. In e-commerce, it would be important to see how this can be done using technology. Even marketing professionals will have to reach out to target groups in a cost-effective and efficient manner using digital technology.