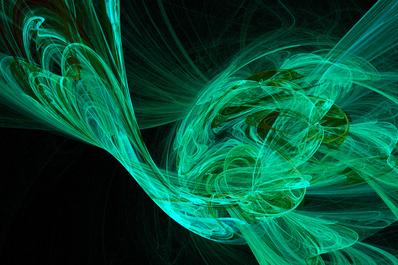 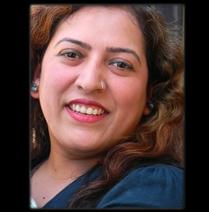 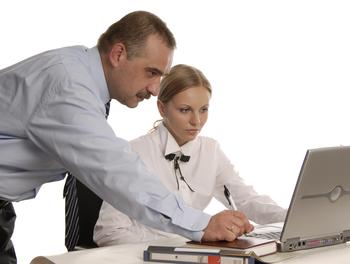 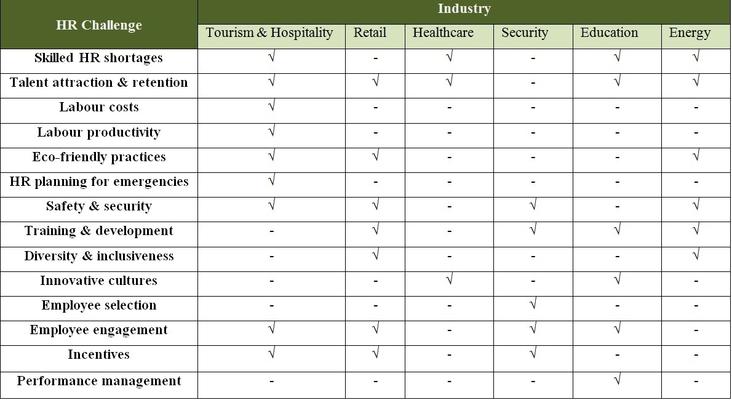 In the year 2013-14, at Aei4eiA, we conducted an extensive research analysing 17 economies of the Greater Asia Pacific (GAPAC) region (including Australia, Cambodia, China, Hong Kong, India, Indonesia, Japan, Korea (South), Malaysia, Myanmar, New Zealand, Philippines, Singapore, Sri Lanka, Taiwan, Thailand and Vietnam) and 6 key industries [including Tourism and hospitality, Retail, Healthcare, Education, Security, Energy(including Oil and gas and renewable energy)]. There is evidence aplenty that these industries play a major role in these economies and are somewhat inter-dependent on one another. Industry level analysis with cases from organisations belonging to specific industries and operating in the region was also included.

We attempted to addresses a set of inter-related questions. What are some of the human resources (HR) challenges? Given each industry has its own complexities, is it not a necessity to assess and analyse industry specific HR challenges and best practices? Can then HR be responsible for increasing productivity in industries? With rapid changes going on in the workplaces and economies, is it not a pre-requisite for HR professionals to develop competencies and enhance knowledge to impact their respective industries. But why bother about the GAPAC region.

The GAPAC region at a glance
The GAPAC is the part of the world in or near the Western Pacific Ocean. With each passing year, the region is becoming ever more significant for positive as well as negative reasons. Home to about half of the world’s population, diverse groups of people, huge repositories of natural resources and some of the world’s largest militaries, the region is a key engine for the global economy (VOA, 2012). With a huge consumer base and being a major attraction for investors from all over the world, the region accounts for over one-third (almost 37%) of world gross domestic product (GDP) at purchasing power parity (ppp).  The region is one of the most dynamic and is expected to become a growth centre for the world by 2025 (APFED, 2005).

Paradoxically, along with the economic potential, availability of human and natural resources, the region has to grapple with fierce social challenges which include poverty, nutrition and health, education, discrimination and corruption. Research highlights the need for the region to undergo structural transformation (ADB, 2013). Such challenges put pressure on the environment and its degradation poses a serious threat to the region’s growth prospects. Also, the region is disaster prone, with frequent natural events like earthquakes, tsunamis etc. The region is also the epicenter of many conflicts, political instability and pandemics (UN, 2013). In such a situation of VUCA, how ready are the human resource (HR) profession and practices in this part of the world.

What role can HR play amid rising Volatility, Uncertainty, Chaos and Ambiguity (VUCA)?
Interestingly, even though the GAPAC has been steadily growing in terms of increased business potential and consequent dynamism, it is interesting to note that labour market efficiency of majority of the 17 countries analysed was declining (as on the above period). Our research was also able to list a few prominent HR challenges across the focus industries (Exhibit 1).

√ = prominently present across the region; * = ‘-‘does not necessarily mean such challenges are absent.

This clearly shows that for sustainable development of these industries and economies as a whole, HR has to play a significant role. But, are HR professionals equipped enough to do be the ‘game changer’?

Our social-media experiment#
Aei4eiA undertook a small experiment of examining social media profiles of senior HR professionals (with at least “10 years of experience”) from across the region to get a feel of the profession. We randomly sampled 170 LinkedIn (LI) profiles (10 each from each of our 17 focus countries). LI is a business-oriented social networking site for professionals with the tagline ‘relationships matter’ (LinkedIn, 2014). Though it has its own limitations regarding the validity of information, this experiment provided a broad overview to the existing state of the HR profession.

What we found was quite interesting and in line with country specific characteristics and their respective labour market efficiency ranks. Out of the total 170 samples of senior HR professionals, 50% were male and 50% female. Over 60% have Bachelors (in HR or related subject) whereas only over 50% have Masters or higher degrees (in HR or related subjects). Whereas nearly 70% are very well connected, with 400+ LI connection, over 60% did not receive any recommendations for their professional work from their connections though the skills of over 90% have been endorsed. Nearly one-third (32%) have less than 15 years of experience; over one-third (37%) have between 15 to 20 years and over one-quarter (28%) over 20 years. Since, in this forum we are primarily focusing on Australia, India and Singapore (AIS), this article further explains the same-

Australia
Though overall there has been a decline in female participation in the labour force, female HR professionals dominated. Less than 50% have at least a Bachelors degree (in HR or related subject), 50% with skills enhancement Certificate in HR or related subject and just 2 have Masters or higher degree (in HR or related subject). The majority (8) have at least 15 years experience, are well connected, with 500+ connections (8). Even though hiring and firing practices was identified as one of the key sub-factors with sharpest decline in rank (from 46 in 2008 to 137 in 2013), each received skills endorsements from connections and 6 received at least one recommendation, including 3 having received 10 or more.

Singapore
Singapore has maintained its global leadership and is ranked number 1 in terms of its labour market efficiency though over the years its ‘Pay and Productivity’ scores slightly decreased. An equal number of male and female HR professionals were found, with 9 having Bachelors in HR and related subjects and 7 having Masters or higher degree (in HR or related subject) and 5 skill enhancement certificate in HR or related subject as well. Some 9 have more than 15 years of experience, including 5 more than 20 years, are well connected, with 7 having 500+ connections. All received skills endorsements from connections and 3 received recommendations from connections.

Can thoughts become things?
Overall, it is clear that though HR is on the progress path, there is definitely more work to be done. The role of HR has to change for the betterment of the business bottom-line and it has to change at a faster pace to cope up with the changing business environment of the region and amid global VUCA.

While conducting the above research, we had a fundamental assumption in our minds that - 'thoughts become things'. This phenomenon has its basis in the laws of attraction - an art of collective thinking. Science has shown us that every thought has a frequency and by putting attention on any one thought and by also imagining what that thought would look like as an image, we emit and enable that frequency on a consistent basis. It emphasizes the fact that each thought that may be originating at individual level vibrates through the organisations to the industries and broadly to the societies at large (Mukherjee Saha, 2010). Today’s dynamic business environment demands HR's role to be more proactive, coherent and connected, while being collaborative with line managers. It may be narrated as wishful thinking, inner urge of a handful. If it is for progress, betterment and sustainable development- so be it….

References
Asian Development Bank (ADB) (2013), Asia’s Economic Transformation: Where to, How, and How Fast? Key Indicators for Asia and the Pacific 2013, Philippines.

Asia-Pacific Forum for Environment and Development (APFED) (2005), Overview of the Asia-Pacific Region, Viewed on 14 October 2013, Available at <http://www.apfed.net/pub/apfed1/final_report/pdf/overview.pdf>

United Nation (UN) (2013), Enhancing knowledge and capacity to manage disaster risk for a resilient future in Asia and the Pacific, UN.

Voice Of America (VOA) (2012), The Importance of the Asia-Pacific Region, Viewed on 16 October 2013 Available on line at http://editorials.voa.gov/articleprintview/1514099.html

[This article is based on the research work done by Aei4eiA and published as a book co-authored by              Dr. Jayantee Mukherjee Saha, Director and Principal Consultant, Aei4eiA, titled, ‘The Changing Role of the Human Resource Profession in the Asia Pacific Region’, Elsevier, Oxford, UK].

[1] A nation's GDP at PPP exchange rates is the sum value of all goods and services produced in the country valued at prices prevailing in the US in the year noted (ECB, 2008).