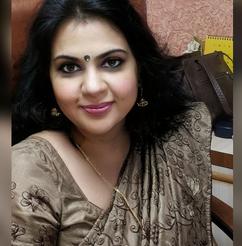 Dr. Anitha has more than two decades of academic experience. She is the Director of a leading B-School in India.

She has been conferred the PAUL HARRIS FELLOWSHIP, the highest award of Rotary International, in recognition to the outstanding participation in the Group Study Exchange program in Kentucky, USA. She is also a recipient of International Achievers’ Award 2010-2011 for Education Excellence. The Award was conferred on the occasion of 4th International Achievers’ Summit on “Global Business Opportunities” in Singapore. Indian Achievers Forum in association with Singapore Indian chamber of commerce and Industry (SICCI) and India-Thai Chamber of Commerce honours the outstanding achievers from all over the country and abroad.

The Gig Economy Is Empowerment

The gig economy is empowerment. This new business paradigm empowers individuals to better shape their own destiny and leverage their existing assets to their benefit- John McAfee

In the last decade there has been a rise in the number of gig workers leading to a wide economic and demographic impact. The dynamics of this workforce is rapidly changing. According to a study conducted by ADP Research Institute, the gig economy account for a third of the world’s working population. Gig economy has the second-highest number of work opportunities offered (Hayes et al., 2019). Gig economy’s market was worth $248.3 billion in 2019 and was estimated to reach $296.7 billion in 2020 (Sbai, 2021).

We live in an economy where people are looking for flexibility in their work schedule and, at the same time, want to make enough to live comfortably. The flexibility gig worker have, helps them master several skills and be very independent. Before we understand the impact these workers have on today’s economy, let’s understand who is a gig worker. A gig worker works independently- like a contractor, online platform worker, contract firm worker, on-call worker or a temporary worker. A gig worker enters into formal agreement with on-demand companies to provide services to their clients. At a time when we talk about the value placed on flexibility and autonomy at work, the gig economy is considered the new trend in today’s business. Ride-share drivers, food delivery drivers, freelancers, personal shoppers, courier delivery people and any other independent service provider are examples of gig workers.

The prime advantage of a gig economy is saving time and money by businesses. There is no need to hire people for a long time or recruit them as employees. The work is assigned on need basis and the benefits and allowances which employees get is saved as the work is outsourced. Secondly, the service is immediate, and the consumers are satisfied with the speed at which things happen. Thirdly, from the gig workers’ point of view, they learn several skills that a full-time employee would not learn from doing just one job. For instance, an Uber driver knows to drive his passengers and at the same time, deliver food and groceries. A gig worker can work for two similar companies or work in different roles for several companies.  And finally, the quality of life from the perspective of gig workers improves as they balance their work and personal life well.

However, we cannot rule out the disadvantages of an economy driven by gig workers. Gig workers do not have the benefits like regular employees. They lose on health, retirement, insurance and other allowances or benefits that are common in businesses for employees. On a personal level, they are lonely and have nothing to do as a part of a team.

The future of gig workers is a matter of concern as we see many people entering this work force. As the number of gig workers increase, there will not be opportunities for many in a competitive economy.  Gig workers may find the work to be monotonous at times as they do not have colleagues or peers to form strong connections.  The formal and informal set up that fosters team building and encourages performance of individual workers will be missed in this new working environment. In the time of a global pandemic, the business model has changed from a traditional labor market to remote working and freelancing. Many people have lost jobs due to the pandemic and were forced to turn to freelancing as an option. Gig workers also have higher health risks due to the pandemic. It is stated that 92% of millennial workers prefer to be gig workers and do not prefer traditional jobs. Over the next decade, even more people will be a part of the gig economy. We need laws to protect their interests and welfare to make it an option for the future generations to pursue this as a career. The global scenario is changing. It is time to facilitate gig workers to contribute towards economic development and this is possible only when their interests and welfare are protected to benefit the society.