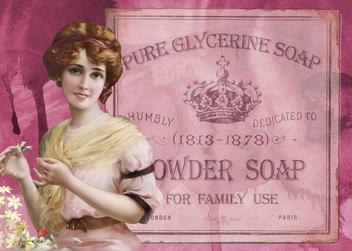 Sanjay has been part of the world of Brand Communication for more than 27 years across a varied portfolio of Brands from multiple Fortune 500 companies such as Unilever, Proctor & Gamble, Colgate Palmolive, Coca-Cola, American Express and Philips.

Sanjay has been fortunate enough to live and work in diverse markets including Japan, China, Hong Kong, Singapore, Thailand, Taiwan, Morocco, Lebanon and India with some of the world’s leading Agencies.

He has led teams that have won high profile awards and campaigns such as a Bronze Spikes Asia and a Bronze Digital Media Award for Coca-Cola “Hello”, an AME Award and PR Week Award for Pond’s, as well as managing the implementation of Dove’s Real Beauty campaign in Asia (one of the first campaigns at that time driven by real-time digital participation).

An avid Sci-Fi and movie buff, Sanjay lives in Singapore with his wife and daughter. 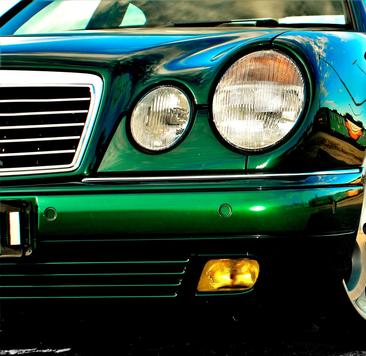 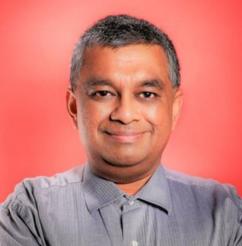 In many an impassioned discussion among marketers as well as communication specialists, you’d often hear the word ‘Brand Essence’ thrown around. This is usually followed by an equally passionate debate on what it means as well opinions on the supposed essence of famous brands.

So what exactly is ‘Brand Essence’?

In marketing speak, it is the set of words (the fewer, the better), that articulate the core feature/attribute of your brand that differentiates it from other competitors in the minds of your consumers.

By it’s very nature, it is intangible. If it has been defined well, it should be unique to your brand. It should feel genuine and believable. It should be consistent.

To put it simply, Brand Essence is your consumer’s perspective of how they view your brand and not your own. It is the set of words they automatically associate your brand with when they think of it.

A true brand essence works when the marketer and the consumer have the same association of the brand. Conversely, it fails miserably when the associations are completely different.

Let’s look at some examples of Brand Essences of Brands that we would be familiar with.

Clearly, the first most important and difficult task is setting aside your own preconceived notions of what you would like your brand essence to be and acknowledge what it stands for with the consumers. Once this is done, you can build on it or then set into motion a deliberate and extremely involved process to change it if you are not happy with it. Be aware though that any shift in brand essence is likely to be torturous and far more resource intensive than you can imagine it to be.

The second most difficult task is that of maintaining and building on your brand essence. This can be very difficult in the light of the pressures of the analysts and markets as well as the unnatural attraction to the shiny new toys in marketing.

​Allow me to illustrate with a couple of examples.

We know that Volvo stands for safety. Every innovation, every feature they highlight relates to safety. If for some reason, the management in the pursuit of ‘broadening’ their consumer base decide to go in for fast performance cars like Maserati, in my view, it would be a very difficult proposition.

Let me also share an actual example. We have a certain imagery of Harley Davidson. Whether we see the riders on a freeway or on a CBD street in the city, we associate the riders with the Harley essence of ‘Free Spirited & Rebellious’. Now, in the past, in their infinite wisdom, Harley had associated themselves with a shower gel. Not surprisingly, it did not do well.

Staying true to your brand essence takes discipline, perseverance and very importantly a set of organisational structures and policies that do not allow every new marketer to attempt to add his own essence to that of the brand.

Having said all this, is it possible for a brand essence to change over time?

I would say that it is possible and may even become necessary for several factors. New competitors, new products and indeed even new consumers may make it essential for a brand to evolve it’s essence to face new challenges.

Should a new automobile maker come into the market with hard hitting demonstrations of safety based on a new technology or should autonomous driving vehicles ever step out of the realm of science fiction and become the norm, would or should Volvo evolve it’s essence of safety?

Evolution of a brand essence needs to be done as an extension that is identifiable and credible. It will also involve significant resources in establishing it.

Enough with the theory. Let me share an actual example of where I was involved in distilling the essence of a well known brand and getting it ready for a longer battle against new entrants. Bear with me as I walk you down memory lane.

It was in the early 1990’s in India. Hindustan Lever (Hindustan Unilever as it was known then) had come out on top after a bruising battle with a local manufacturer of a lower priced laundry detergent brand. It had taken a number of years to blunt the brand’s attack. Just then, it faced a brand new competitor in the form of P&G’s Ariel. Ariel was as you would expect from P&G, a high priced and equally high performing product. Backed by strong communication and distribution, Ariel soon took market and more important mind leadership with the consumers.

We could not possibly let this continue. This is when we made our first error. We took an equally well known and loved brand and developed a variant to battle Ariel. We backed it with a communication campaign that was very well received and swept every single award show in the country. Unfortunately, we did not make any headway despite investing heavy resources over a number of years.

Introspection led us to understand that our core brand stood for ‘a sensible choice’. This was a result of decades of advertising that has positioned the brand as the sensible choice for the Indian mother. We had extended this brand into another territory without evolving it sufficiently enough to make it acceptable enough for the consumers.

That realisation led us to completely transform every element in the brand’s marketing mix and bring it back under a different name. This was not a lightly taken decision. Millions of rupees had already been expended and millions more were at stake. We could not afford to fail.

Our new essence that we aimed to establish through all facets of the brand’s interaction with the consumers was an extension of the ‘sensible choice’ into a more high performance territory. Roughly translated, it was ‘tough but loving’. You can at once see the link back to ‘sensible’ as well as the new element of ‘powerful performance’.

We tasted success almost immediately. We had hit hard on the concern that perhaps the new Ariel brand could be harsh on clothes since it was so efficient at stain removal. Within months, we had taken market leadership. I am very proud to say that the brand still stands at the top.