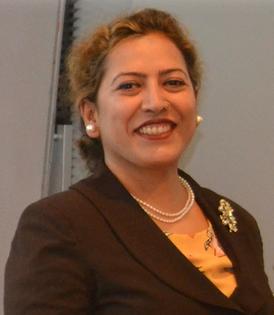 In 2015, we at Aei4eiA, conducted 'The Brown Beauties of NSW' - a major compilation of key socio-economic statistics related to Indian women residing in the state of New South Wales (NSW), Australia. The report established that majority of Indian women in NSW are qualified, English speaking and socially stable yet one-in-four women of Indian origin residing here has 'nil or negative' income and a large number of them were economically dependent on their male counterparts (ABS, 2012). The economic dependence of migrant women (with comparatively limited social support) not only impact their health and well-being but also have the potential of leading to social issues including that of domestic violence.

We pondered upon the questions as to how this ready pool of talent be further harnessed and utilised? How could the long-term economic well-being of one of the fastest growing women migrants in the state be secured? What can be done to convert what some said fiscal fantasy to feasible opportunity? And, how could they meaningfully contribute towards their adopted country’s economic and social development.

Over the past three years, we not only analysed the findings of our previous researches but also have experimented with the recommendations that we penned down then. One of the key recommendations that we highlighted were the possibility of Indian migrant women initiating small scale businesses/initiatives that might be given an entrepreneurial shape thereby equipping them towards economic independence while facilitating cross-cultural exchange of ideas. Through our painstaking and multi-pronged approach, we were able to bring this to fruition through two of our ventures- a. Maya of Australia- Organic Darjeeling Tea and b. Maya Indian Arts in Australia.

Interestingly, these two efforts not only created a positive vibe in the business sphere but (in its own scale) also generated employment and brought economic benefits for both the countries (Australia and India). These caselets are explained further in the report as to how we translated our research into action.

In 2018, we also decided to not only revisit the facts through socio-economic research but also facilitate and focus on spreading the knowledge on financial literacy. We are thankful to State Bank of India (SBI), Sydney Branch for supporting this initiative.

Finally, we are delighted to have collaborated with well-known contemporary Madhubani artist Mrs. Meenakshi Jha Banerjee, who created Sampoorna (please see the theme artwork) for us.  Sampoorna- (Sanskrit सम्पूर्ण) is an ancient word of Sanskrit origin which literally means ‘completeness’ or ‘entirety’. Today, Sampoorna is more confident. Her wings signify her passion and will to fly. She is free to soar high. The owl beside her symbolise her association with wisdom and commerce. In Hindu mythology, Owl is the vehicle of Goddess Lakshmi- the goddess of wealth. In her womb, lies the future…

We believe, women’s economic empowerment is one of the key pillars for a society to prosper. Without which the society- it is incomplete…