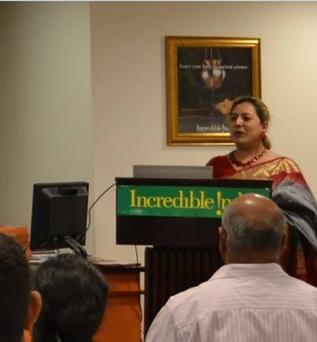 Mr. B Vanlalvawna, Consul General of India Sydney speaking at the International Women’s Day event held at the office of India Tourism Sydney on 8th March 2016.

# To further the objectives of Maya, in collaboration with  Incredible India (India Tourism Sydney, Ministry of Tourism, Govt. of India), we launched a 3-week long   Caption Contest inviting participation from anyone residing in Australia to describe in 25 words or less "courage of women" and "Indian women".

We received very positive reactions from people across Australia including ranging from Northern Territory to Canberra to Outback NSW to Melbourne, Sydney to Brisbane. Submissions were received from Sydney, Melbourne, Canberra, Brisbane, Mardi and Ourimbah.

On the occasion of International Women's Day (8th March 2016), contest winners were awarded at an event held at India Tourism's Sydney Office and graced by Consul General of India Sydney Mr. B Vanlalvawna and other invited guests. We also released a video [Maya Speaks] and invoked Maya to speak for herself. 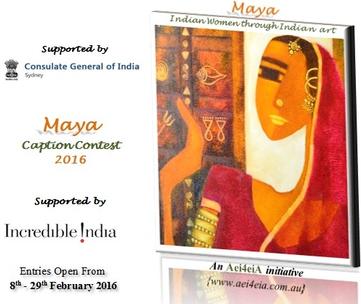 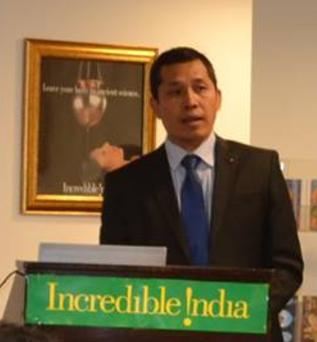 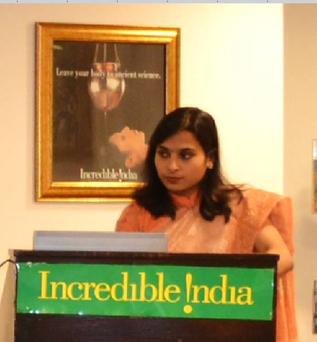