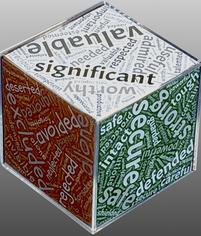 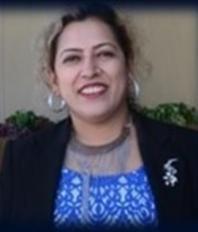 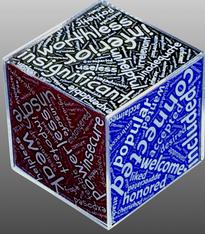 Humans and machines-Dichotomy or Synergy

I heard Prof. Calculus* scream, "...To the Moon"...I sat up. Well, I mean, I woke up and soon realized that I am still very much grounded to our beloved Earth and that was in my dream that I was experiencing the thrill of the Professor’s landing on the moon.

And, Voila! When I switched on the television, it was the news of the successful launch of Chandrayan 2 – the Indian lunar mission to the Moon's South Polar Region, where no country has ever gone before. Chandrayaan-2 has an orbiter, which is designed to go around the moon for a year. Developed solely by the Indian space scientists, a lander called Vikram, which would land on the unexplored lunar South Pole and a tiny rover named Pragyan that would go around a bit to explore the lunar terrain. A successful mission will help India expand its prowess in a wide range of areas, including materials science, robotics, and artificial intelligence while making it the fourth country in the world to do so after the US, Russia and China (ISRO, 2019).

This is perhaps, a classic case of humans achieving unbelievable feat with the help of machines and machines supporting human race in its never-quenching thirst for marvels. The gap between dreams and reality has actually merged and humans and machines have truly come closer.

Behavioural angle of Artificial Intelligence (AI)
On one hand, there is a rising concern about machines taking away human jobs...while one the other hand, during a business meeting, we hear one senior professional say, "Will my staff be ever consistent and efficient like my machines?".Have humans given way to machines?

A general assumption is that people make rational judgements and thus are assumed to think, act, decide and behave rationally (Simon, 1997) - hence, assumed to be superior to machines. Behavioural scientists notably Kahneman (2003), has however defied the concept of human rationality (hence superiority by that logic), while arguing that humans are not always rational and their actual behavior has shown much dissonance with reference to the rationality factor…

Therefore, a middle of the road arrangement is perhaps giving rise to the much-talked domain of Behavioural Computer Science. Accordingly, AI scientists, Pedersen et al (2008) emphasises that BCS models should unify (models of) the behaviour of humans and machines when designing information and communication technology systems. Thus, one main point to be addressed is the incorporation of empirical evidence for actual human behaviour, instead of making inferences about behaviour based on the rational agent model. He and his team is motivated by the future advancements in artificial intelligence and believes that empirical studies can be one effective way to constantly update the behavioural models, which will give machines capabilities that, from many perspectives, indistinguishable from those of humans.

But, have we ever wondered whether this concept of human-machine interaction is something new (Industrial revolution 4.0) or has it been with us for ages.

Machines of the Ancient World
In her latest research, Stanford's historian of science, Adrienne Mayor highlights ancient Greek myths that contained ideas about creating artificial, lifelike creatures (Shashkevich, 2019). She notes, "(Though) Historians usually trace the idea of automata to the Middle Ages, when the first self-moving devices were invented, but the concept of artificial, lifelike creatures dates to the myths and legends from at least about 2,700 years ago". The story of Talos-a giant bronze man, built to protect the island of Crete from invaders by hurling boulders at approaching enemy ships, is believed to be the first robot to walk the earth. She explains it all in her newly released book, Gods and Robots: Myths, Machines, and Ancient Dreams of Technology, of how not only ancient Greek but also Roman, Indian, and Chinese myths envisioned artificial life. “Our ability to imagine artificial intelligence goes back to the ancient times. Long before technological advances made self-moving devices possible, ideas about creating artificial life and robots were explored in ancient myths”, notes Mayor.

Humans and machines-Dichotomy yet synergy
As we note, humans and machines seem to have co-existed since time immemorial. There are many instances to prove both dichotomy as well as synergy that occurred due to human-machine co-existence. Humans are the creators, instructors as well as users of machines and it’s many functionalities. Hence, howsoever intelligent machines may be, the sole responsibility of maintaining equilibrium lies with humans. Are we talking about humans with a machine touch or a machine with a human touch? Well, guess we are looking for both in certain balanced proportion.

* Professor Calculus is a fictional character in ‘The Adventures of Tintin’, the comic series by Belgian cartoonist Hergé. He is Tintin's friend, an absent-minded professor and half-deaf physicist, who invents many sophisticated devices including ‘the Moon rocket’ for human to land on the moon.