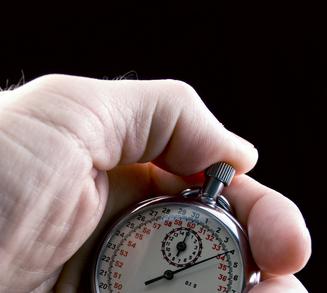 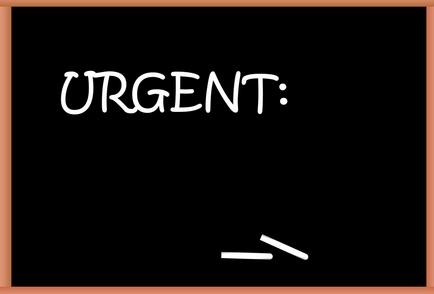 Reflecting on the past year, three distinct but interconnected themes in politics, business and social domains seem the most disturbing, namely:

2. The looming, but largely unacknowledged, challenges and opportunities presented by the fourth industrial revolution

3. The increasing generational divide between older and younger workers

Absence of competent and ethical global leadership
Apart from dismay about the competence, calibre, (lack of) values and ethical standards of leaders, at the local level, two recent royal commissions in Australia have revealed the scope and depth of toxic cultures and associated leadership deficiencies of many of our institutions and their senior managers. The first of these – the Royal Commission into Misconduct in the Banking, Superannuation and Financial Services Industry – provided evidence of significant and widespread ‘systematic poor treatment of customers (and) a culture of greed’ across all industry sub-sectors. It has resulted in public shaming of the named institutions, substantial financial repayments to aggrieved customers, noticeable declines in profit, and the laying of criminal charges.

The second enquiry, the Royal Commission into Aged Care Quality & Safety, has detailed numerous abuses of elderly nursing home patients, involving a combination of physical, emotional, financial and medical components, describing an industry which ‘fails to meet the needs of its older, vulnerable citizens (and) does not deliver uniformly safe and quality care, is unkind and uncaring towards older people, and in too many circumstances, neglects them’. Not to mention the ongoing high financial and emotional costs incurred for patients, their families and the government, and indirectly aged care workers who are lowly paid, poorly qualified, and generally employed on precarious part-time or casual contracts.

New Technologies & their impacts on workplaces, jobs and skills
It has become a self-fulfilling prophecy that the new technologies often encapsulated as the Fourth Industrial Revolution (FIR) will significantly impact all industries, workplaces, jobs and skills into the foreseeable future. Limited detailed discussion has to date been conducted at government or industry levels in Australia, and what discussion has occurred has either focused on the dystopian consequences (significant job losses, widespread industry effects, dramatic skills upgrading), or hyperbole about the enormous opportunities for all stakeholders. In reality, both of these prognostications are true, and the challenge for governments and industry managers is to maximise the predicted opportunities and to minimise the adverse effects. However, this discussion has yet to occur in Australia, and there are very few indications that a government-industry conversation will be likely in the immediate future.

As an illustration of the unpreparedness of organisations for the impact of the FIR, we recently conducted a national survey of Australian human resource (HR) professionals to assess their understanding of and preparation for its impact on workplaces, jobs and skills. The findings are less than encouraging:

. the current adoption of AI/robotics technologies in HR functions is limited, and so is the intention to employ in the future

. supervisory and technical support for such developments is also rated at relatively low levels

. there will always be ‘leaders and laggers’ in relation to AI adoption, but there is an imperative for organisational leaders to take an active role in AI adoption

. Australia workplaces are lagging when it comes to AI adoption when compared to other developed countries – for example, a recent report on the Automation Readiness Index showed Australia ranked number 10, behind South Korea, Germany, Singapore, Japan, Canada, Estonia, France, the UK and the US (Economist Intelligence Unit, 2018, p.10).

Increasing generational divide between older and younger workers
Managing relationships between diverse generations of employees - Baby Boomers, Gen Xers and Millennials – at workplaces can sometimes be confrontational and problematic. Ensuring positive and collaborative work teams can occasionally lead to what has been called a 'clash of cultures', as some authors have identified differences between how the generations approach their work, communicate, and diverse expectations of their careers and job roles. Whilst there are undoubtedly generational differences (just as there always have been), it is my opinion that too much emphasis has been placed on the (arguable and divisive) categorisation of these ‘generations’, and that managers are better advised to deal with differences between individuals in work groups or teams rather than to attempt to design specific performance strategies for each separate ‘generation’.

Lessons for 2020?
So, what can we learn from these three themes? First, I think that as societies and organisations we have lost our way. Optimistic and enthusiastic mission statements, permeated with espoused values of integrity, transparency, customer service, shareholder responsibility or employee development, count for nothing if not accompanied by values-driven, competent, qualified and accountable management teams which are capable of balancing the diverse interests of their boards, shareholders, customers, employees and other stakeholders. Sadly, in 2019 Australia there seems to be a dearth of such managers, resulting in toxic cultures, profit maximisation at the expense of customer satisfaction, and disgruntled employees. We need strong but respectful leaders who are values-driven, competent, and capable of balancing the interests and needs of their various stakeholders; strategic rather than merely operational perspectives; and finally, the capacity to recognise and mobilise the mosaic of human resources with which we are admirably endowed. These may well be the most important imperatives for nations and their organisations to address in 2020!