Dr. Anitha has more than two decades of academic experience. She is the Director of a leading B-School in India.

She has been conferred the PAUL HARRIS FELLOWSHIP, the highest award of Rotary International, in recognition to the outstanding participation in the Group Study Exchange program in Kentucky, USA. She is also a recipient of International Achievers’ Award 2010-2011 for Education Excellence. The Award was conferred on the occasion of 4th International Achievers’ Summit on “Global Business Opportunities” in Singapore. Indian Achievers Forum in association with Singapore Indian chamber of commerce and Industry (SICCI) and India-Thai Chamber of Commerce honours the outstanding achievers from all over the country and abroad. 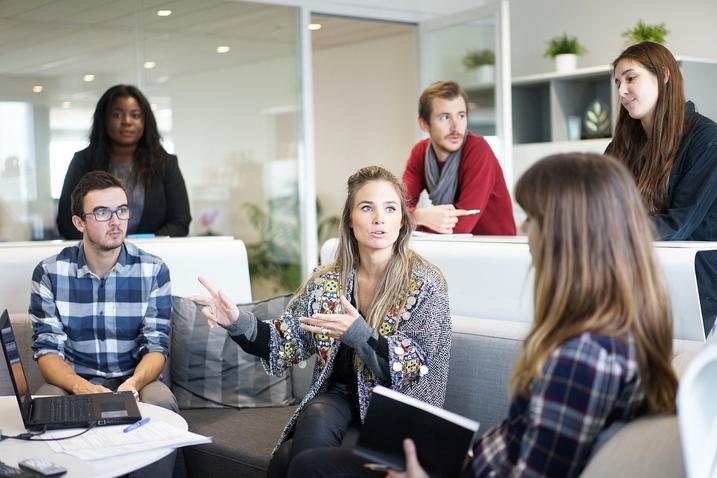 Dealing With Favouritism In The Workplace

“When we overlook the errors of people we like and favour. We are crippling the society, because others look up to them and are copying from them. They will copy also their errors. One day we will be complaining why things are like this"― De philosopher DJ Kyos

An interesting perspective came to the fore during the COVID-19 pandemic, the much talked after Working From Home (WFH) trend is now a new normal. A recent survey by the World Economic Forum (2020) recorded 98% of people surveyed saying they would like the option to work remotely for the rest of their careers. We know flexible schedule is one of its biggest reasons/ benefits but does WFH has anything to do with the sense of insecurity or tendency to avoid the prevalence of favouritism and discrimination at workplace? This crisis is thus an opportunity to re-look into the theme of favoritism at work so that when we are ready to go back we are more integrated and engaged as a workforce.

The consequences of favouritism at work are very much discernible in terms of endorsing and promoting someone unduly. Workplace favouritism gives a notion to the other employees that a person is treated in a better way for no valid or convincing reason. It also shows preferential treatment is based more on knowing the person with less potentials thereby leading to discrimination. The action of the leader is evidenced in subtle rather than obvious ways.

Favouritism could be identified in one or more of the following ways:

​# The Boss spends too much time and socializes more with the favourite employee than any other employee in the organization.

# The Boss confides in the favourite employee and discusses all the confidential issues.

# The Boss overlooks even the mistakes  made by the favourite employee

# Above all, the favourite employee enjoys more benefits like better office, added perquisites, flexible timings and benefits than others who are in the same position.

When workplace favouritism takes place it is best to deal with it at early phase. If neglected, over a period of time, this gets translated into reactions such as, other employees disliking work, withholding of information, frequent arguments leading to a stifling work environment, distrust and bitterness towards the boss and the favourite employee. The signal of dislike itself is a threat to the workplace. Resentment, anger and hatred are the consequences of discrimination which eventually leads to rumours, jealousy and conflicts at workplace. Jealousy leads to vicious rumours which in turn lead to back stabbing.  The other employees, however dedicated, may feel no matter how hard they work, would not be recognized. Favouritism has a great impact in the organizational dynamics of the organization building animosity between the employees. A good boss would keep the situation under control and curb favouritism before it gets out of hands. Some bosses even keep changing their favourites frequently. This can happen only in organization where the boss is weak in taking decisions. There are employees who misuse the power to push and pull one another to be the boss’s favourite. The fact is the employee who is treated special today is not aware that it may not be the same in future.

We find some employees discuss their problems with their bosses to gain sympathy and not seek advice. We find some bosses use the emotions of the employees to the maximum advantage. They also make it a point to have a control over the employee by knowing their personal life. Today as a matter of survival many employees do not talk about or protest the advantage taken by the bosses. Instead they too are a party in displaying that they are favourites to their boss. The bosses are ignorant about the impact of favouritism.

The serious problems that run down deep are ill feeling, leading to interpersonal problems that may cause severe damage to the growth of the organisation. There is no need to show any favouritism to any employee if a leader is proactive. All the employees are to be treated equal as the goals of the organization are the same. Each and every employee has their own tasks, responsibilities and accountability which have to be constantly monitored by the management. A favourite employee is considered to be a thorn to the other employees and pave way for gossips and rumours. The favourite employee pleases the boss by portraying himself or herself as a loyalist as well as the only good person in the organization. When it comes to favouritism, the person disliked by the favourite employee would be the same person disliked by the boss too. At the same time, the favourite employee sees to it that he or she does not even present the achievements of the other employees in the right manner to the boss. Another reason for favouritism could be competent employees are considered to be less reliable by bosses as there are chances of they leaving the organization for better opportunity. In many cases, bosses use the favourite employee as a spy to monitor the colleagues. The bosses would reciprocate for the so called good gesture of the favourite employee who is loyal in terms of personal favour. Most of the time, bosses are unaware that their behaviour affects the work environment. Their body language, tone of voice, facial expressions could be read by employees.

It is quite natural for bosses to have trusted lieutenants in the organization but there should be a demarcation between trusting an individual and showing favouritism. The leaders of great organizations have special qualities and traits that make them outstanding. It clearly shows that those leaders do not favour any employee but recognize the hard work and performance based on productivity and performance of the employee. A good organization sets parameter and criteria for all the employees to perform better and recognizes the employees by motivating and paying them adequately. It is often experienced that the favourite employee does not have the adequate potential to even to hold the position offered by the leader. There are better and deserving employees who feel that staying in such an organization may not give them proper recognition as a result they move away to greener pastures where merit is recognized.

A good leader should craft such a place for himself that employees take his advice during difficult times and come to him for suggestions when they are facing problems. A leader should be a mentor to others. It is not advisable to maintain overly close relationship as there is always a clear line drawn between a leader and a subordinate. A boss who plays the game of favouritism would also pitch one against the other as a tactic to bring about competition and get the best from the subordinates.  As a boss, it is imperative to know how employees feel and nip the problems before they blossom.

Some actions of favouritism also include giving advances to employees, Not because of a genuine need but because they are in the good books of the bosses and not because of the quality of the work done by them, because the bosses like them. Hiring people who are known to the boss or family members, extending deadlines that are not met by favourite employee, ignoring factors like punctuality, attentiveness, praising only one person knowing very well there were many involved in the success are other incidences. Favouritism has to be eradicated and bosses must foster positivity by avoiding it.

Some of the ways to eradicate favouritism in the work place are by following strict performance measures within the authority to ensure that advancement, perks and compensation are strictly based on individual accomplishments. As a boss treat everyone fairly. Recognize and appreciate the good work of the employees and do not discriminate. Practice an open door policy to build a culture of trust. The purpose is to encourage open communication, feedback and discussion about any matter of importance to the employee. Discourage family relationships in the workplace to guard against partiality and be completely aware of the gossips in the work environment and evaluate honestly and determine whether or not you are treating someone better than other employees

To conclude, it is only the boss’s role to avoid favouritism as it destroys the relationships and trust of the employees. Remember employees’ productivity depends on the way the bosses treat them and recognize each and every one for their unique potential. Preferential treatment or favouritism is perilous. It sneaks into the workplace and tears down relationships and trusts.  It resides in the shadows and is noticed by people even when it is veiled. A boss, in a strict sense would not purposely impair the peace and group dynamics which is crucial for the success of an organisation. We must always be alert of its existence and contain it. Now that you know what favouritism is all about- if you are a leader or a boss, do not encourage it or nurture it and if you are an employee or subordinate avoid being that favourite employee and maintain professionalism at work.​ 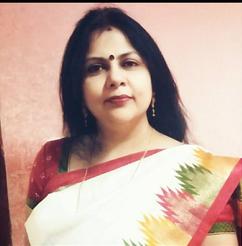